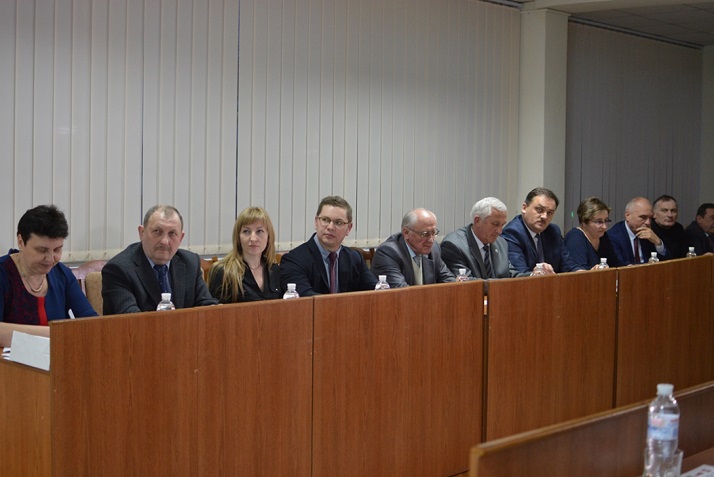 On March 6, 2017 Rector of the University Prof. Petro Yasniy took part in the meeting of International Organizing Committee on the preparation of Ukrainian-Polish Days of Education, Science and Innovation (the Forum of Rectors of Higher Technical Institutions of Ukraine and Poland). The meeting was held on March 6 at the Ivano-Frankivsk National Technical University of Oil and Gas.

Representatives of Polish and Ukrainian educational community joined the work of the organizing committee.

Ukraine was represented by: prof. Yu. Bobalo (Rector of the National University «Lviv Polytechnic»), Academician of the National Academy of Sciences of Ukraine Ye. Kryzhanivskyi (Rector of IFNTUNG), Co-chairman of the Organizing Committee, Corresponding Member of the National Academy of Sciences S. Sydorenko (Vice-rector on scientific and pedagogical work, responsible for international relations of Igor Sikorsky Kyiv Polytechnic Institute ), Secretary of the International Organizing Committee A. Kovtun, Deputy Head of the Ivano-Frankivsk Regional State Administration I. Pasichnyak.

The Organizing Committee discussed the organization of the Forum and extension of cooperation between higher technical educational institutions of Poland and Ukraine.