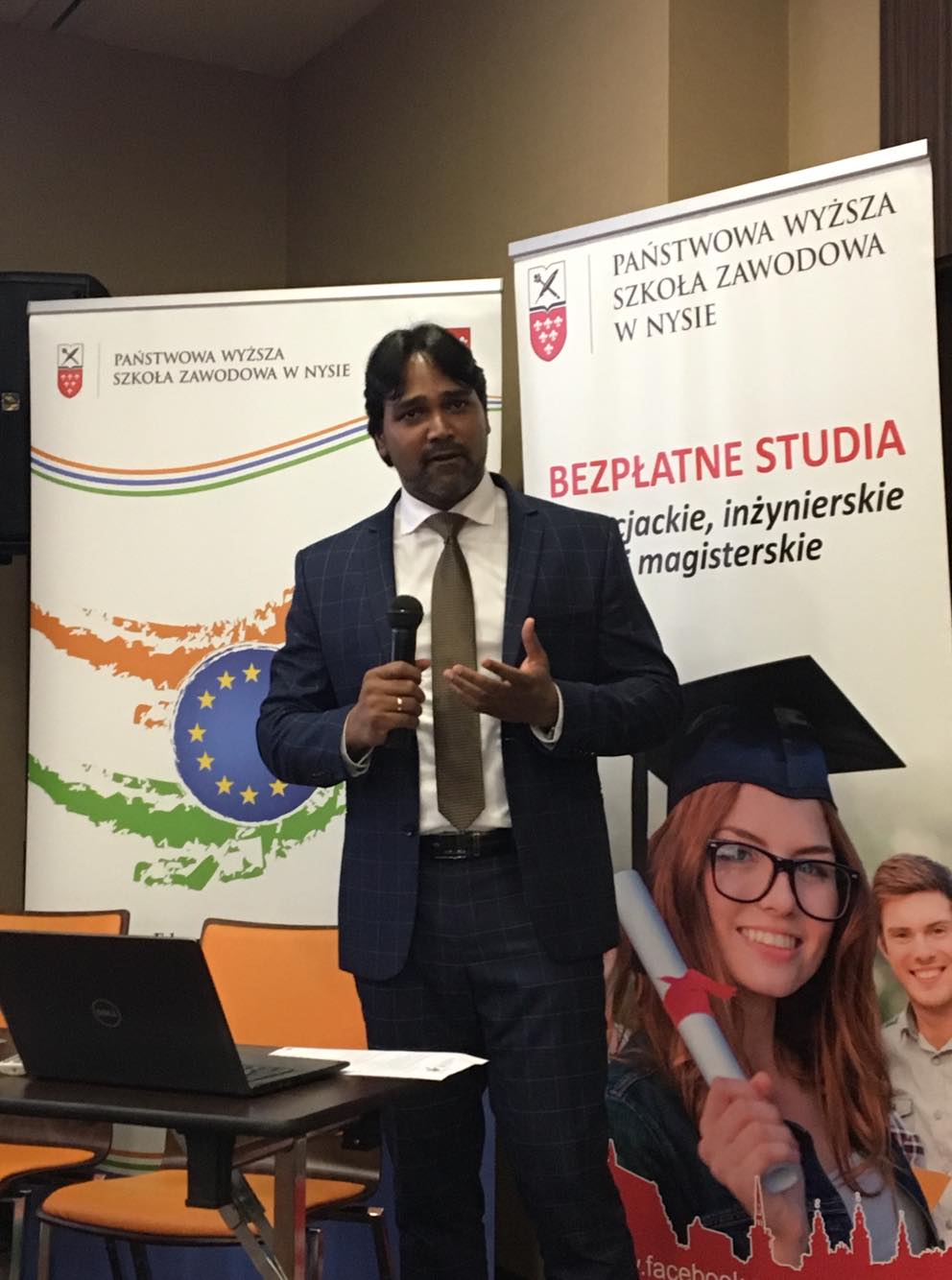 Representative of the Ternopil Ivan Puluj National Technical University Dr. Iryna Kramar took part in the meeting entitled “India as one of the five strategic directions for Polish business” organized by Indo-European Education Foundation (Warsaw, Poland) which was held in Opole, Poland on November 21st, 2018.

The meeting was hosted by Dr. Pradeep Kumar – President of IEEF. During the meeting, the potential of the Indian market, the opportunities for foreign expansion of Polish enterprises and the possibility of financing ventures on Asian markets were presented. Also companies that have successfully operated on this market have shared their experience in the fields of existing cooperation. The event was also a great opportunity for the so-called networking and undertaking joint activities towards business development in the Indian market.